You are here: Home / Donald Trulmp / Why Does the GOP Cling to Trump No Matter What?

To understand the upheaval in our country right now, we have to change our thinking. Like it or not, Republicans who believed in effective government, compromising with Democrats to serve the American people, and getting things died years ago.

Today’s GOP has become gang of extremists, anti-government libertarians, right-wing billionaires, Neo-Nazis, White Supremacists, and Christian zealots with Trump as the “dear leader.” Truth is what the leader says and even weather has to bend to the whims of the boss. 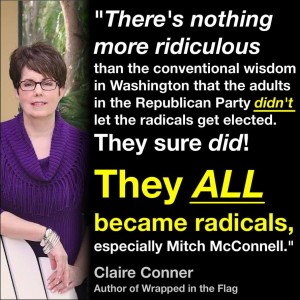 While we’re horrified at the latest antics of an off-the-rails president, government is disintegrating, environmental protections are being rolled back, the deficit is exploding, and on and on and on.

When this nightmare ends and the cost is tallied, America will look like the “good old days” of the early 1900s. We’ll face the reality of a disintegrating federal government, a nation without healthcare, a shredded safety net, and trillion dollar deficits for decades. But never fear, if you’re already rich, you’ll be rolling in money.

How did we arrive at this point so damn quickly?

Here’s the secret: It wasn’t quick, It was slow and deliberate. For over 60 years, wealthy right-wing radicals have worked tirelessly for this moment. They planned and plotted behind closed doors, in think tanks,  and small secret organizations. Their goal, regardless of who was in power in Washington, was to set the stage for the elimination of all progressive programs. period.

One of the richest radicals of our time, Charles Koch, explained his goal

“to rip government out by the root.”

Charles Koch, his brother David (who just died), and their powerful network of radicals believe that government is essentially evil. From there, it is not a stretch to want everything the government does turned over to private enterprise.  That means the end of all safety net programs, all civil rights protections, all regulations on business.

Trump and today’s radical GOP agree on the basics.

Even today, too many Americans have no clue that the GOP really believes these things.  And I can understand why. The extremists have gone to great lengths to frame their ideas in sound bites. At the same time, they’ve become masters at telling half-truths and outright lies about the real-world consequences of their radical ideas.

We have a president who is unprepared, incompetent, and dangerous. The GOP is his party, in every way. Millions of Americans are figuring out that our government is controlled by anti-government fanatics, religious zealots, and libertarian billionaires.

Those of us who oppose Trump and the GOP have the winning hand to play: vote out every GOPer on the ballot starting with Donald Trump himself. 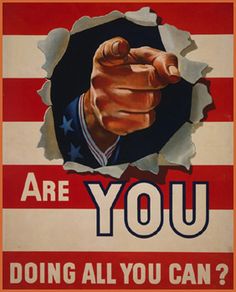 I am a right-wing survivor. Thanks to my radical parents, I became a first-hand, in-the-room witness to the fear, paranoia, and hate unleashed by the radical John Birch Society. Over years, this perspective helped … END_OF_DOCUMENT_TOKEN_TO_BE_REPLACED

The president of the United States is an angry man. No matter how much money he has; how much power he grabs; or how many people kowtow before him, he's a blink from a … END_OF_DOCUMENT_TOKEN_TO_BE_REPLACED

Readers, Writers, and Commentators rave about Claire Conner and Wrapped in the Flag "Claire Conner knows of what she speaks. She was … END_OF_DOCUMENT_TOKEN_TO_BE_REPLACED

Don't miss The Brainwashing of My Dad by Jen Senko, now in theatres and on … END_OF_DOCUMENT_TOKEN_TO_BE_REPLACED