You are here: Home / Archives for radical right

To understand the upheaval in our country right now, we have to change our thinking. Like it or not, Republicans who believed in effective government, compromising with Democrats to serve the American people, and getting things done died years ago. Today’s GOP has become gang of extremists, anti-government libertarians, right-wing billionaires, Neo-Nazis, White Supremacists, and […]

The brains and the money inside the Trump GOP gang have one goal: implementing a radical right-wing, anti-government agenda. It does NOT matter what they call themselves– libertarian, or libertarian-infused conservatism, or conservative with a libertarian emphasis, or movement conservative — they share the same hatred for the federal government. Why do I say this? Boil […]

The moment Donald Trump descended from his gilded tower and anointed himself as the savior of the United States, I worried. While the press, the Democrats, and most Republicans had a good laugh, I read right-wing websites. I knew Trump had a rabid following. While the left laughed, Trump took over the radical right […] 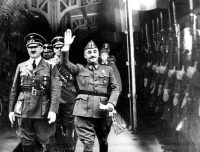 Make no mistake. Donald Trump would like to be America’s dictator. Based on primary election results, a majority of the Republican party is okay with it. As of today, the GOP establishment, Evangelical Christians, Tea Party types, anti-government groups, and rank-and-file Republicans are falling in line with Trump. If you ever thought the GOP was conservative,  it’s time […]

Starting in 2009, crowds of angry Americans burst onto the political scene ranting about debt, deficits, socialism, and healthcare reform. They waved copies of the Constitution, hoisted the “Don’t Tread on Me” flag, called the President a traitor, and vowed to take America back. In all of the chaos, many people, including the corporate media, neglected to ask the most important […]

I am a right-wing survivor. Thanks to my radical parents, I became a first-hand, in-the-room witness to the fear, paranoia, and hate unleashed by the radical John Birch Society. Over years, this perspective helped … END_OF_DOCUMENT_TOKEN_TO_BE_REPLACED 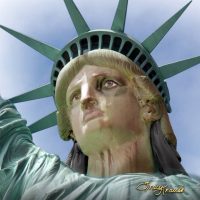 Donald Trump is an angry man. No matter how much money he has; how much power he grabs; or how many people kowtow before him, he's a blink from a meltdown. Nothing … END_OF_DOCUMENT_TOKEN_TO_BE_REPLACED

Readers, Writers, and Commentators rave about Claire Conner and Wrapped in the Flag "Claire Conner knows of what she speaks. She was … END_OF_DOCUMENT_TOKEN_TO_BE_REPLACED

Don't miss The Brainwashing of My Dad by Jen Senko, now in theatres and on … END_OF_DOCUMENT_TOKEN_TO_BE_REPLACED