Don’t miss The Brainwashing of My Dad by Jen Senko, now in theatres and on demand.  In this engaging and timely documentary, Jen Senko digs into the history of the right-wing media machine that has been pushing America farther and farther to the right. The film uncovers the forces behind the media: a plan by Roger Ailes under Nixon for a media takeover by the GOP, The Powell Memo urging business leaders to influence institutions of public opinion, especially the universities, the media and the courts, and under Reagan, the dismantling of the Fairness Doctrine.

Through interviews with media personalities, political commentators, and historians including Noam Chomsky, Steve Rendall, Jeff Cohen, Rick Perlstein, George Lakoff, STOP RUSH, Claire Conner and others, “Brainwashing” unravels the rightward shift in the country, largely because of a manipulative media.  The result has lead to our current political dysfunction, and a chasm in our country that threatens all of our political structures. 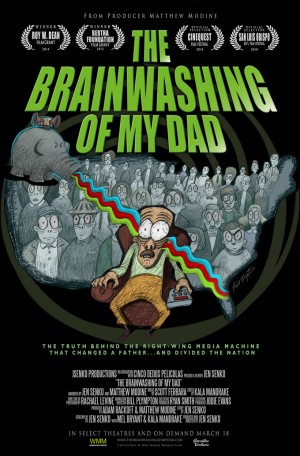 You are invited to join me on Friday, April 8, at 7:15 p for the Florida premiere of “The Brainwashing of My Dad” at the Sarasota Film Festival, Sarasota FL. Following the movie, I will be part of a Q & A with the audience featuring Jen Senko, filmmaker and Matthew Modine, producer. Get your tickets today. $15.00. Order on line.
THE BRAINWASHING OF MY DAD
Feature | 89 Min 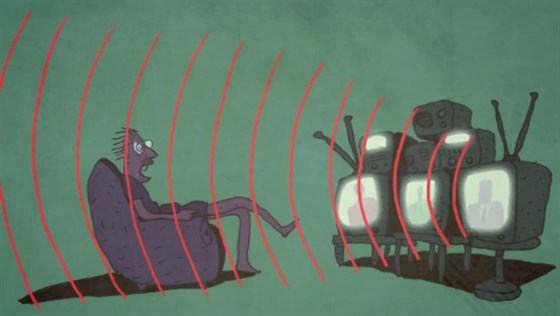