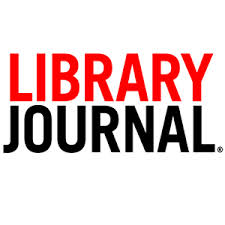 I know what extremism looks like,” declares Conner in the preface to her memoir. Her parents were leaders of the ultraconservative John Birch Society (JBS). From early adolescence, she was expected to be part of her parents’ JBS activities, doing everything from serving refreshments at recruitment meetings to writing letters to political figures. As Conner grew up, however, the indoctrination failed to keep her in the fold; she became aware of the complexity of issues seen only in black and white by the extreme conservatism of her parents.

This insider’s view of the most radical right-wing organization of the Cold War era describes the seeming paranoia and questionable logic of the most devoted JBS members. Conner provides colorful descriptions of many of the eccentric JBS leaders, including founder Robert Welch. In a particularly engaging chapter, she describes her evolution from a fervently pro-life organizer to a somewhat disillusioned woman who is more understanding of the need for a woman’s right to choose.

VERDICT Readers interested in learning more about this example of the Cold War era’s ultraconservative political trends will be fascinated by Conner’s depiction of the perpetual fear of JBS members regarding communist takeovers and communist infiltration of the highest levels of our government.