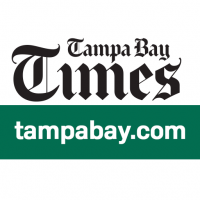 Review: Growing up on the right wing

After Barry Goldwater’s crushing defeat in the 1964 presidential election, college student Claire Conner said to a friend who proclaimed it would be “a cold day in hell” before another conservative was nominated, “‘The whole right wing is kaput. My parents and the Birchers just became ancient history.’

“Good grief,” Conner writes. “Were we ever wrong.”

Conner grew up in the inner circles of extreme right wing American politics, a childhood she describes in fascinating detail in her new memoir, Wrapped in the Flag: A Personal History of America’s Radical Right.

Now a Dunedin resident, Conner was the second of five children of Stillwell and Laurene Conner of Chicago. He was a World War II veteran consumed by anti-Communism; she shared that obsession and a deeply devout Catholicism.

In 1955, the couple met Robert Welch, “candy-company executive turned conspiracy hunter,” and found him both brilliant and patriotic. When Welch founded the John Birch Society three years later, the Conners were among its original members and remained among its leadership for most of their lives.

That meant, Conner writes, she and her older brother, then in their early teens, were recruited to the cause as full adult members as well. Claire’s mother soon demanded she bring home her Catholic school textbooks to be inspected for anti-Americanism. When her mother found what she deemed to be such material, Claire was ordered to return to class and publicly “correct” her teacher, a rather terrifying nun. After her first year of high school, at a conservative Catholic girls school, Claire was expelled — not for anything she did but because the faculty was so weary of dealing with her mother’s attacks on textbooks.

Those were embarrassments; sometimes her parents’ associations were downright terrifying. Conner was a college student in Dallas when John Kennedy was assassinated. That night, she called her father, who told her she might need a lawyer.

“‘Did the Birch Society have anything to do with this?” I asked my father.

“He hung up without answering.”

By then, Conner already was rejecting her parents’ beliefs, and would continue to do so, eventually becoming a liberal and a speaker on the impact of the radical right on American politics. But it was a long and torturous process, and they never forgave her for it.

Wrapped in the Flag deftly combines Conner’s autobiography with an insider history of the John Birch Society and the extreme right over more than half a century. She describes personal memories of such figures as William F. Buckley, Phyllis Schlafly and Fred Koch (father of Charles and David). She explains the Birchers’ and her parents’ enthusiasms (Joseph McCarthy, Goldwater, Ronald Reagan when he opposed Medicare, but not when he signed the biggest tax increase in American history) and bitter enemies — they believed Dwight Eisenhower and the Kennedys were all Communists, and that both Richard Nixon and George W. Bush were tools of the Insiders, a group bent on one-world government (and that Dick Cheney is one of its puppetmasters).

Conner regrets the fracturing of her family, but she doesn’t sweeten her bitter recollections. Her most vivid childhood memory of her mother is the image of her at the dining room table, writing piles of letters or combing through textbooks, cigarette in one hand and glass of scotch in the other, while Conner and her siblings did the chores. Near the end of her mother’s life, Conner’s two sons came out as gay, and they all agreed they could never tell their grandmother — she was adamant that the 9/11 attacks were God’s punishment for homosexuality, abortion and contraception in the United States.

Yet Conner portrays her parents with respect, painting a picture of the world they created for themselves and the process by which it became an echo chamber in which opposing viewpoints — even those of their own children — were dismissed out of hand, and the cause was so great it was worth every sacrifice.

Named One of the Best in Non Fiction by Tampa Bay Times, 2013