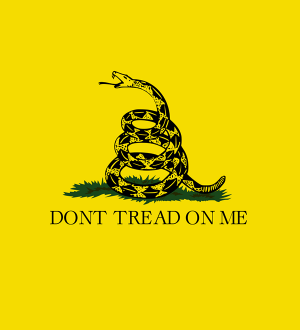 No One Left to Hoist the Flag

When my mother died in 2007, I hoped that I’d heard the last of an international conspiracy, the New World Order, and America’s looming collapse. The evidence certainly pointed to that conclusion. The Cold War had been over for twenty years, my parents and their old radical right-wing friends were dead, and the Bush administration was killing America’s appetite for right-wing policies.

Everyone I knew agreed that the radical-right was stone-cold dead. The first agent who read my draft of “Wrapped in the Flag,” put it like this: “The John Birch Society is a footnote of a footnote in American history. Only a handful of wonky pundits and a few Birch kids like you care. No publisher will bother with this book.”

I piled my research and my manuscript into three cardboard storage boxes and set off to have a life free from the ghost of my John Birch past. “No one is left to hoist the extremist flag,” I said.

I was free, happy, and absolutely wrong.

My Parents Are Back

When the economic crisis hit in 2008 and Lehman Brothers went bankrupt, Americans worried. Over the year, it became clear that America was in a recession. In September, 470,000 men and women lost their jobs. The stock market was on a wild ride costing millions of Americans most of their investments. Foreclosures increased. It was a grim and frightening time.

When Barack Obama emerged as the Democratic candidate for president, the right-wing went off the rails. I heard frenzied voters at a Republican rally in Florida shouting, “Treason,” and “Kill him,” in response to one of Sarah Palin’s anti-Obama rants and I worried. “My parents are back,” I told anyone who’d listen. People thought I’d lost my mind.

Taking the Country Back

For as long as I could remember, my father and my mother hated Communists and Democrats. Anyone who said “Roosevelt” or “Truman” was sure to get an earful about “Commie-socialist traitors.”

So, in 1955 when Mother and Dad met Robert Welch, a candy-company executive turned conspiracy hunter, they embraced a kindred soul. My father said Welch was “a brilliant mind and the finest patriot I’ve ever had the privilege to know.”

The Birch goal: “Taking the Country Back ” meshed perfectly with my parents’ ideas. Dad would serve on the John Birch Society (JBS) National Council for 32 years.

Slash Everything to Stop Socialism

While anti-Communism was the first banner the Birchers waved, it was dismantling federal programs and slashing 60% of the federal budget that became their main focus. As my Dad often complained, “Socialism is taking over the joint.”

For my parents and their John Birch Society allies, socialism was every government program not specifically mentioned in the Constitution. The only cure for the socialist plague was to purge them all, as quickly as possible.

Mother and Dad gleefully anticipated the end of Social Security, the demise of all welfare programs and the elimination of federal funding for anything. They insisted that regulation was such a threat to business that it all had to be done away with. Nothing could stand in the way of unrestrained free enterprise and profit.

The resulting utopia, according to my parents, would free business and individuals to do anything while dismantling labor unions, ending the safety net, cutting corporate taxes, and slashing taxes on the wealthy.

“What happens to the poor, the old, the unemployed, the disabled if you succeed?” I asked my mother.

“It doesn’t matter, not at all,” she told me. “It’s all about the Constitution.”

“The Constitution doesn’t feed a hungry child,” I said.

“That’s not my concern,” she answered.

At first, the GOP applauded the John Birchers for their patriotic zeal and embraced them as good Republicans. Then, in 1960, a political scandal revealed that Robert Welch had labeled President Dwight D. Eisenhower a Communist and a traitor. Republican leaders along with conservatives like William F. Buckley, Jr, painted the Birchers as crackpots and pushed them out of the party.

The effort worked. The Birchers were tagged as extreme reactionaries, exiled from mainstream American politics and forgotten. Birch leaders were not defeated or deterred.

Fred Koch, one of the original Birch founding members and a National Council member with my father, invested a small fortune on his pet projects, including the so-called right-to-work laws, designed to hamper union organizing.

Two of his sons, David and Charles Koch, inherited their father’s multi-millions, turned them into multi-billions, and invested in their political creations: the Cato Institute, the Heritage Foundation, Americans for Prosperity, American Enterprise Institute and the Tea Party among others. These organizations have incorporated John Birch Society tenets and used them to drive American politics to the far right.

The Kochs and their allies envision the same framework for American government that I heard from my father and his John Birch Society pals: the New Deal dismantled, the federal government reduced to a fraction of its current size, and most federal programs gutted. Thus “improved,” America would assume its rightful place as a libertarian paradise where everyone who worked hard was rich, business had a free rein, and the central government was tiny, weak and poor.

For the old, unemployed, sick, disabled or needy, private charity might help. Otherwise, embrace your poverty and be glad you’re living in a free country.

Six months after President Obama was inaugurated, a new right-wing, populist movement arose. The Tea Party, bankrolled by the Koch brothers and the Americans for Prosperity—staged rallies and protests across the country.  The economic meltdown was blamed on high business taxes, too many regulations and poor people. A parade of candidates preached that government couldn’t create jobs, stimulus programs never work, and a strong military had to have an ever-larger piece of the budget.

They dragged out the old saw about “tax and spend liberals,” while ignoring the real dollar costs of two wars and three tax cuts.

Real Americans were encouraged to stock pile guns and bullets as the last defense against a tyrannical liberal government. All of this was sworn on the Bible, declared to be the will of the founders, and wrapped in the flag.

This time around the movement has political muscle, unlimited dollars, and a huge right-wing media machine. It will take an enormous effort to awaken Americans to the dangers of the radical right wing and push fanatics to the dustbin of history where they belong.

I know that most Americans want none of what they’re selling.

Hear more on this topic in this outtake from “The Brainwashing of My Dad” by Jen Senko. Click the arrow and the video will play.

I am a right-wing survivor. Thanks to my radical parents, I became a first-hand, in-the-room witness to the fear, paranoia, and hate unleashed by the radical John Birch Society. Over years, this perspective helped … END_OF_DOCUMENT_TOKEN_TO_BE_REPLACED

The president of the United States is an angry man. No matter how much money he has; how much power he grabs; or how many people kowtow before him, he's a blink from a … END_OF_DOCUMENT_TOKEN_TO_BE_REPLACED

Readers, Writers, and Commentators rave about Claire Conner and Wrapped in the Flag "Claire Conner knows of what she speaks. She was … END_OF_DOCUMENT_TOKEN_TO_BE_REPLACED

Don't miss The Brainwashing of My Dad by Jen Senko, now in theatres and on … END_OF_DOCUMENT_TOKEN_TO_BE_REPLACED